Diaolia: The Unfortunate Isles. Home to a number of the greatest mages in the world and one of the largest mage populations of all the nations. But even with all that magic, nothing could protect them from the Cataclysm. Fissures splitting cities. Oceans engulfing the mountain peaks. Fire and lightning turning the sands of the shores to glass. As if all of the elements turned against the islands, even the air united against them as it tore entire chunks of their civilization into the air. So much territory lost, so many families displaced.

The Huripari clan was one part of the Diaolia diaspora; tracing their ancestry back to the lifted island of Rui. Much of their heritage still lies on that island, although the degree of which is uncertain. What was certain, however, was their current predicament: suffering. Their remaining lands already taken by Cidoper forces, the rest of Diaolia was subjected to the raids of the dreaded Undertow. Many pirates raided and razed the already-damaged populace. But one captain had designs for the refugee village of Mohutake, especially the Huriparis.

Day after month after year, the Huripari clan, along with the rest of Mohutake, toiled under the captain Rakkar. Whatever his crew and ship needed between raids- weapons, medical aid, target practice- the natives provided. Ariki was born into this service, his parents teaching him the ways of the forge. And with the constant demands of Rakkar’s men, Ariki was forced to learn quickly. Day and night, he shaped metal for his captors, almost without rest.

His sole solace was his family; his parents, Petera and Maata, and his grandfather, Kahurangi. While his parents worked alongside him at the forge, Kahurangi applied himself as a scholar and entertainer of his people. The elder told stories of Rui that captivated the people, where their homes were safe and their might was unquestioned. These tales constantly improved the morale of the villagers, and so Rakkar let the old man be.

As the years wore on, however, the stories became more than mere entertainment but a rallying cry for the “Children of Kahurangi”. It started small at first; a missing order of weapons here, a failed medical treatment there. It wasn’t long until the entirety of the Mohutake was openly denying Rakkar’s men their services. Kahurengi was hailed as revolutionary by the refugees, and vilified by the Undertow through the same title. The only two people that didn’t follow Kahurangi’s lead were Petera and Maata. Calling him foolish for thinking they could counter the captain’s forces with their own meager supplies. And they knew it was meager; the Huripari family kept count of all the weapons they made for Captain Rakkar and it greatly overshadowed what the rebels stole.

But Kahurangi carried on, rooted in his ways. And the day came for glorious rebellion against the dread captain, when Mohutake would claim their sovereignty once more. But when dawn broke over the horizon, Rakkar’s ship was not the only one ready to face them down. An entire armada of Undertow ships faced the rebels, filled with privateers armed to the teeth. With such little training and few weapons, the rebels were outmatched. Ariki’s parents knew this from the start.

They fled with the young Ariki in tow. Fleeing the islands, they heard the shots of war over the mountain peaks and across the waves. Inevitably, the rebellion was crushed, and the memory of Mohutake’s inhabitants wiped from the map. From the Undertow, much less so; they still remember the humiliation Rakkar’s incompetence brought them, but more importantly remember the family of the bastard that gave them so much trouble.

From country to country, the Huriparis fled. Every friend they made was an agent in disguise. Every guard they ran to was a hired killer in disguise. Every helpful person in power was in the pocket of the Undertow. Nowhere was safe for the family. So one day, the Huriparis stopped being a family. Going their separate ways, they split from each other in order to avoid their capture together. Ariki, his sight still smudged from tears, noticed a help wanted sign for an expedition. Packing his bags with his parent’s smithing gear and his grandfather’s stories, he made his way to the recruiter. 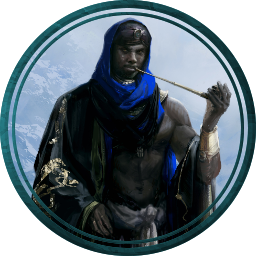