Originally from Teycit Fargrim came to Edenecho with the Second Expedition and from the moment they landed he could feel it. Something about this place spoke to him, he felt at peace here. This was where he was meant to be.

Back home in Teycit Fargrim had been a simple hunter. Living in the wilderness for days on end trapping and hunting for a living. Years went by and he realized he just wasn’t happy with how his life was going. He knew every turn of the river, every fallen tree in the woods, it was so familiar. And that was the problem. He wanted to explore new lands, to see different forests, to go someplace where no one had gone before. And so he said goodbye to friends and family and with his trusty dog he set off for a new beginning.

After arriving at Edenecho Fargrim felt that something was wrong. It was to noisy and crowded here for him. He needed to be alone, to explore this new land, to find himself again. And so he left Nytt and headed out into the forest taking nothing but his dog and his donkey. Now, after months of almost complete solitude, he has returned to discover what has happened in his absence…

Many months have passed since Fargrim returned to Nytt and much has changed for him.

He joined the Recon Corps soon after returning and rapidly climbed to the rank of Corpsman. He has since undergone a few missionsn including a successful venture to map the Grimwoods that involved a meeting with Sylaris of Seirolac and a battle against a Uraserpent Alpha. 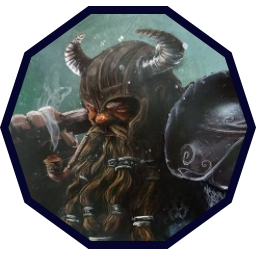